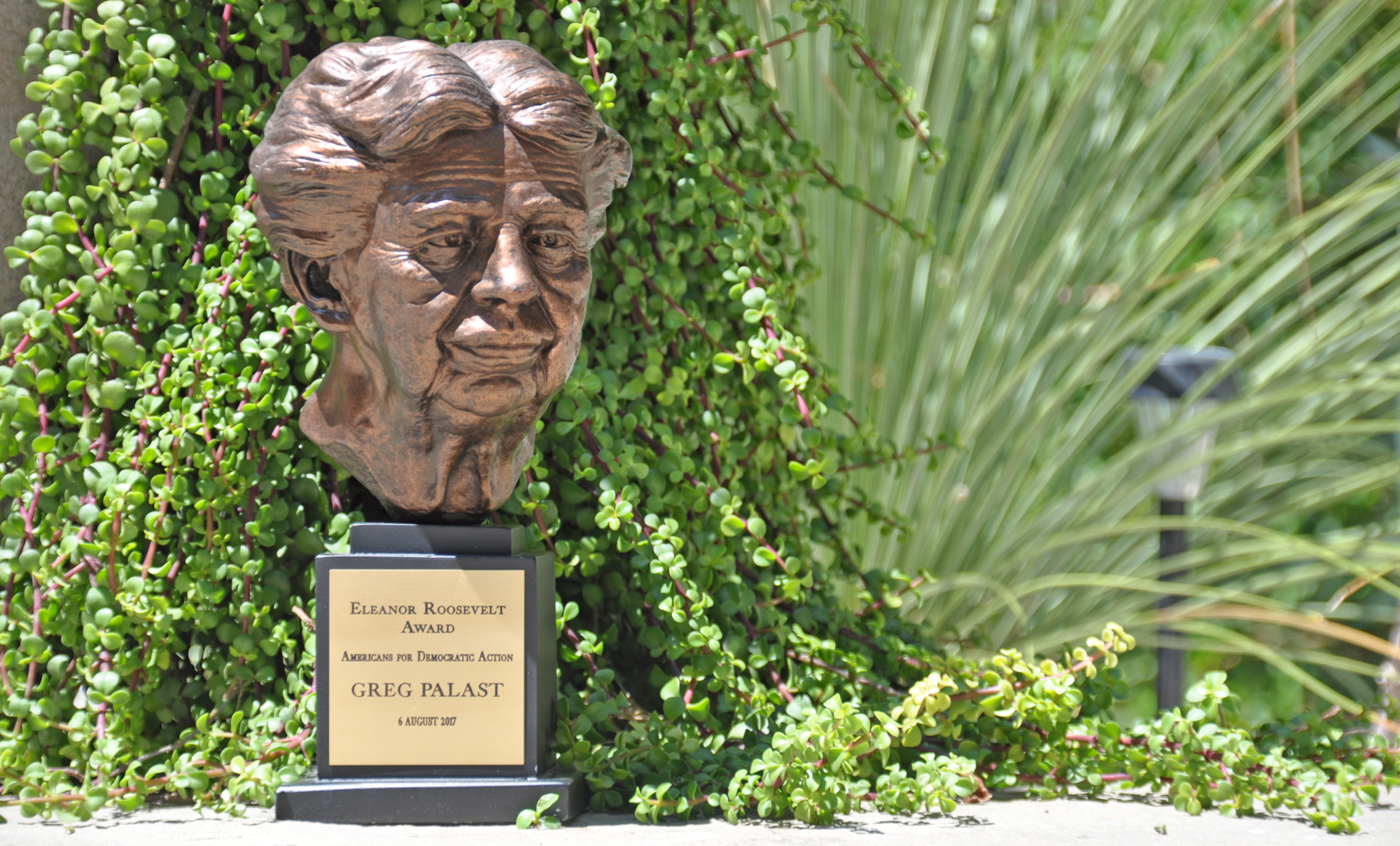 On August 6, 2017, investigative journalist Greg Palast was presented with the Eleanor Roosevelt Award by the Southern California branch of Americans for Democratic Action, an organization which the former First Lady co-founded in 1947.

The award was given to Greg for his: “Superlative investigative reporting and media coverage in the areas of human and democratic rights. Long may he snoop.”

This is Greg’s acceptance speech in which he dedicated his award to Tundu Lissu and all the other whistleblowers who have put themselves on the line to help journalists curse the darkness.

Many thanks to Americans for Democratic Action, SoCal for their recognition and support.

And a special thanks to Jan Goodman and Jerry Manpearl for hosting the event.