The 94th Great Minds Salon features Norman Solomon, a famed activist, journalist and author of a dozen books including War Made Easy: How Presidents and Pundits Keep Spinning Us to Death. Solomon is also the co-founder and national coordinator of RootsAction.org, which has 1.2 million active supporters online in the United States.

Trailer for War Made Easy, a film based on Solomon’s book.

Norman Solomon’s name springs to mind at the mention of the word integrity. A famed activist, journalist and author of a dozen books including War Made Easy: How Presidents and Pundits Keep Spinning Us to Death, he’s co-founder and national coordinator of RootsAction.org, now with 1.2 million active supporters online in the United States.

Does democracy always have to capitulate to corporate bullying? Old maxim strictly tells us we must stand up to bullies, for when we give in to bullying it doesn’t stop the bullying. The relentless push for privatization is actually codeword for wanton corporate outsourcing, a depleted tax base, financial collapse and the inevitable struggle to survive. Norman, a stalwart of true progressivism never bends like a sapling to the politically driven corporate windbags, To survive the seduction to corporate mind games, we must listen to Norman’s clarion call warning of the dangers to democracy of unchallenged corporate power.

Norman was elected as a Bernie Sanders delegate to the 2016 Democratic National Convention, where he was the coordinator of the independent Bernie Delegates Network. His current work for RootsAction includes the Biden Fact Squad project.

Norman is the founder and executive director of the Institute for Public Accuracy, a consortium of policy researchers and analysts. He coordinates IPA’s ExposeFacts program, which supports “national security” whistleblowers and journalistic freedom. Norman wrote the nationally syndicated “Media Beat” weekly column from 1992 to 2009. He is a longtime associate of the media watch group FAIR (Fairness & Accuracy In Reporting).

A collection of Norman’s columns won the George Orwell Award for Distinguished Contribution to Honesty and Clarity in Public Language. The award, presented by the National Council of Teachers of English, honored his book The Habits of Highly Deceptive Media. In the introduction to that book, Jonathan Kozol wrote: “The tradition of Upton Sinclair, Lincoln Steffens, and I.F. Stone does not get much attention these days in the mainstream press … but that tradition is alive and well in this collection of courageously irreverent columns on the media by Norman Solomon. … He fights the good fight without fear of consequence. He courts no favors. He writes responsibly and is meticulous on details, but he does not choke on false civility.”

About War Made Easy

The LA Times called War Made Easy “brutally persuasive” and “a must-read for those who would like greater context with their bitter morning coffee, or to arm themselves for the debates about Iraq that are still to come.” The newspaper’s reviewer added: “Solomon is a formidable thinker and activist.” A full-length documentary film, narrated by Sean Penn, was based on War Made Easy. The New York Times review called the film “ultimately persuasive” and said: “Many of its arguments have been made before … but Mr. Solomon digs deeper and hammers harder.”

Moderator David Dayen is the executive editor of The American Prospect. His work has appeared in The Intercept, The New Republic, HuffPost, The Washington Post, the Los Angeles Times, and more. His first book, Chain of Title: How Three Ordinary Americans Uncovered Wall Street’s Great Foreclosure Fraud, winner of the Studs and Ida Terkel Prize, was released by The New Press in 2016.” 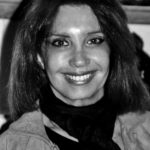